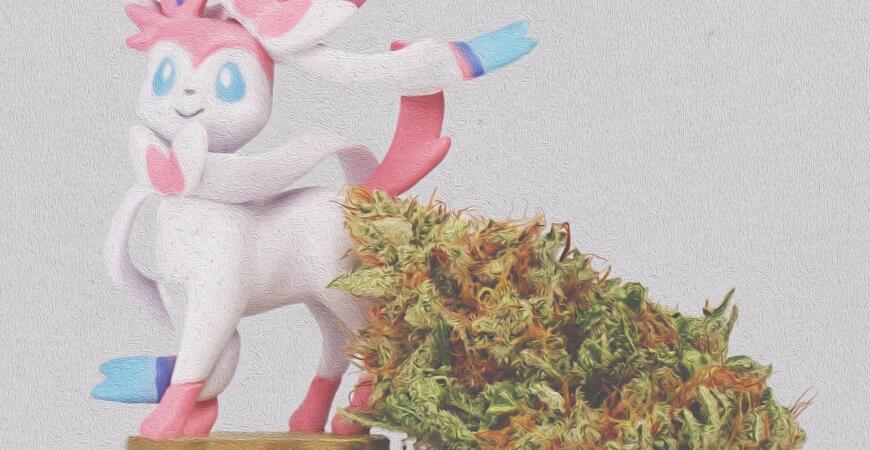 For those of you not in the know, Pokémon is a game series in which you roleplay as a young child who captures wild animals to force them to fight for your amusement. If you’ve heard of Pokémon, but haven’t yet played one of the games, you should. They’re some of the best games, they are all beginner friendly, and they’re usually pretty available in one form or another.

A topic that often comes up during my semi-regular smoke sessions/card games is the tier ranking for the various Pokémon games. Part of that might be the massive cultural impact of the series, or it might be that I’m currently trying to catch every pokémon available in the third generation. Regardless, this is a topic worth delving into, but I’ll be stopping after generation 6, because my experience with generation 7 is limited and negative, and my experience with generation 8 is non-existent.

Generation 1 is a weird one. Without the blinders of nostalgia, I can’t say any one of us was a huge fan of the game. However, it has two main things going in its favor. The first is that it's the original first game, but even Shakespeare's first play wasn’t great when compared to what followed. The second thing going for it is also the main problem with the game:  it is buggy as all hell. It’s literally impossible to beat this game without encountering several bugs and broken game mechanics. All of that isn’t even mentioning the way special, and in particular, psychic types are astoundingly unbalanced.

Generation 2 is probably the single greatest improvement to mechanics in the whole series. Dark and steel types were added to help balance the psychic type, and special was split into special attack and special defense—meaning although Drowzee would never be good again, it was for the betterment of the game as a whole. The generation 2 game was also the first in the series to feature many things we would come to expect from all future games, such as color, the Pokémon friendship mechanic, Pokémon breeding, pokerus, shinies, and more. Basically, while generation 1 was the demo for the Pokémon concept, generation 2 set the stage for the “feel” of all the Pokémon games that followed.

Generation 3 was the first Pokémon game I ever played, and it might still be my favorite. In terms of changes to core mechanics, this generation was much lighter than the last, primarily adding natures to Pokémon, as well as including the secret base mechanic and double battles. That being said, this game’s story and the themes of environmentalism stand out among the others. This is the first in the series where you fight an evil organization that isn’t Team Rocket; instead, you fight the hilarious and diametrically opposed teams Magma and Aqua. This game runs at 60 fps, which I believe is still the smoothest a Pokémon game has run to date. This generation also saw the first Pokémon remakes, with fire red and leaf green being remakes of the first gen. These remakes are awesome and are added content that was originally cut from the first generation due to time constraints.

Generation 4 is, I feel, the peak of the Pokémon battle mechanics. This generation’s main contribution to said mechanics was the physical special split. Previously, whether an attack was physical or special was determined by the type; in generation 4, it is determined by the attack regardless of type. Here you can have special fighting moves or physical fire moves. This greatly increased the relevance of some Pokémon whose main attacking stat was counter to their type, although even that wasn’t enough to make Flareon good. This generation also contains the second set of remakes, which are frequently cited as the best Pokémon games ever. They have a longer, more fulfilling story than most of the other Pokémon games, while possessing the wonderful gen 4 mechanics.

Generation 5 is truly the black sheep of the Pokémon family, as this game was the first attempt at a region based solely on new Pokémon. People rioted. They then remade the games with everyone’s favorite Pokémon available in basically the first route. Both sets of games (black and white, black 2 and white 2) are actually good. They feature lower resolution art than the previous generation, but this means the Pokémon all have idle animations, allowing the game to run more smoothly. With gen 5, they also introduced the first of what I’ll call the “one generation” mechanics. Basically, in a series this long-running, something has to change from generation to generation to keep the long-term fans happy. Game Freak is smart enough to know that the core of Pokémon is stupidly good, so they keep going back to the base and changing only one thing. The aspect this generation changed was permanent weather effects, which greatly changed the competitive landscape, and for a brief moment, Pelliper was one of the best Pokémon in the game.

Generation 6 is so damn pretty it hurts my soul. It is just so pleasing to explore the world, and the new freedom of movement given by the 3D joystick makes this game’s movement feel much more fluid. There’s even a new clothing mechanic allowing for serious customization of one’s avatar. All of this together caused me to spend a lot of time not actually playing Pokémon in this pleasant world. This  is not to say that the mechanics of this generation are bad; au contraire, the introduction of the fairy type was the first new type introduced since generation 2, and it greatly helped to balance out the dragon type. This is also the first generation in the series to allow an all unique dragon type team during the main story, and for this reason, it could be my favorite generation. That being said, this generation’s one generation experiment—mega evolution—was widely derided, with many people calling it a weird knock-off Digimon mechanic, which is especially weird when you consider Digimon is just worse Pokémon.

Over our smoke sessions, we never definitively conclude which is the best Pokémon game. It’s like picking a favorite Beatles album; they’re all great and fill different niches. I love gen 3 for the nostalgia, while gen 6 fills me with stupid, childlike wonder. My best friend prefers gen 5 for the permanent weather and unique graphics, and a lot of people favor the gen 2 remakes, which feature the gen 4 mechanics and probably the best main story of any Pokémon game. Fact is, they’re all good. Go play one!