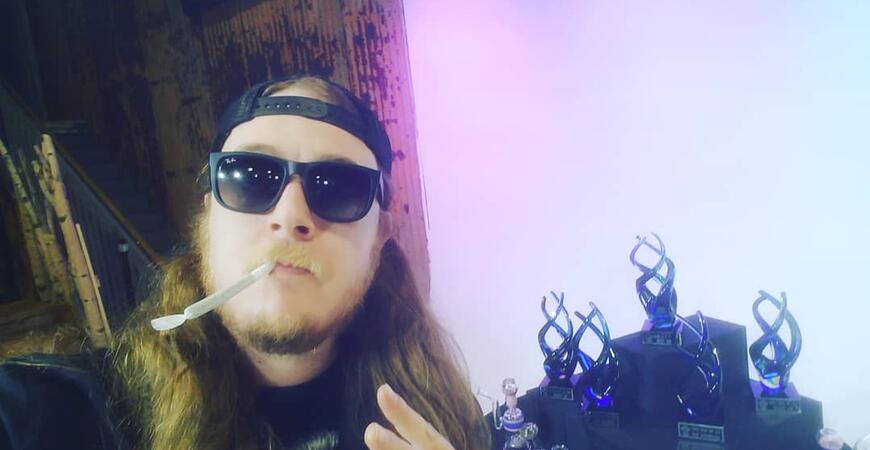 It was a high honor to be one of the judges for this year's High 95 Cup. I judged the "Indoor Flower", "Hash", "Rosin" and "Solvent Concentrate" entries; needless to say I've spent the majority of my month on a haze tinged' plane of existence. I was invited to present the award for Best Indoor Flower during the webcasted event that was being filmed at a local studio in town.

I showed up around 3pm while the production crew was still setting up. Noticing a couple familiar faces I made a B-line towards Zeke of Green Lion Crew who was setting up his DJ gear in a corner of the studio. We exchanged pleasantries and I began packing my new vaporizer on the table beside him "Want a nug" I motion towards the jar brimming with perfectly cured nuggets of green gold. Zeke held up a larger jar with greener nugs, "Got some of my own!"

There was a no smoking rule, but I heard nothing about vaporizing and I happened to have a brand new hand vaporizer from Flowermate. I generally hate hand vaporizers, most of them give you a draw that's worse than a weak shotgun hit from a ninety year old with lung disease on oxygen. The vaporizer is small, powerful, and looks like an early Nokia cellphone; perfect for anyone on the go and nostalgic for a time when Christmas Tree mersh' reigned supreme.

I get the details from Josh, who's running the show, before filming a quick segment where the judges are introduced. I'm standing around waiting to get mic'd up when I see that the broadcast is on a screen in front of the sound stage and notice how large I look on camera "Jesus Josh, you didn't tell me how fat I'd look on camera! I look like I am wearing snow pants under my clothes." I hear laughing from the audience that has tuned in. "Oh shit" I realize quickly, "They can hear me."

As more people started to roll through, more jars of the dankity dank started to pile up. Chef Mike Dunphy started to circulate with trays of medicated appetizers. Food so good that every bite forced a karate chop into the air with exuberance "Wow! that's tasty AF!". A fire is lit in a pit on the patio and people congregate outside to puff and conversate at appropriate distances.

With so many interesting and fun people I got lost in conversation and blue haze, packing and repacking my little vaporizer like a colonial soldier with a musket. After what feels like ten minutes I walk back into the studio with a small group and immediately hear Josh jump on someone's case. "Where were you man!? I had to do your part!" I shake my head in amusement, seems as though someone got a little too high and missed their cue. "I looked everywhere for you!" Josh said in my direction. I look around to see who he's talking to when I realize, fuck, he's talking to me. I had gotten caught up in the firepit fun and completely missed my cue on a live broadcast.

I felt bad but Josh, was cool about it. He completely understood and didn't even blame me; the weed was absolute fire so we chalked it up to an obvious occupational hazard while we rolled more joints, packed more vapes and ate more medicated appetizers. 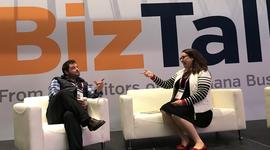 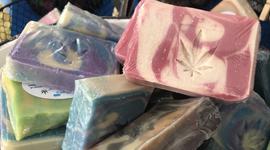