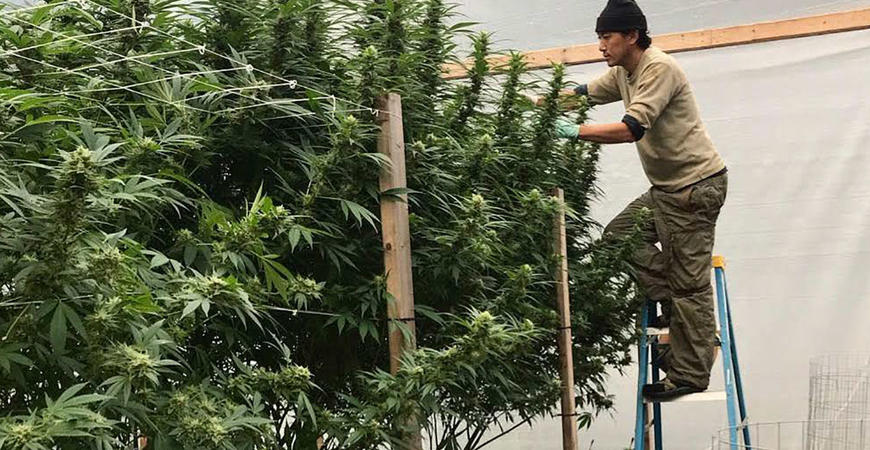 The modern cannabis landscape is steadily evolving. Medical and adult-use legislation are spurring constant change. Growers, like me, are being affected in production and are seeing changes in the ways consumers view cannabis. These changes are bringing about a need for cannabis growers to examine the market in ways that we have not previously needed to.

Due to a steady stream of new personal-use, at-home growers and commercial scale investors, profit and loss, shrinking margins, and increased overhead are of greater concern. Higher market saturation is leaving growers wondering how we will make a name for ourselves. Do we want to rely on "bag appeal" alone or is there a way to grow quality product while also considering the larger environmental impact of the cannabis industry?

The changes are largely driven by consumers, who have succeeded in making the market very fickle here in Maine.

If the product does not speak for itself—or, if it is not what someone wants—consumers have the ability to go elsewhere to find what they are after. This is very evident with the presentation and aesthetics of modern day cannabis flowers.

Is "Bag Appeal" all that Appealing?

An area where growers are experiencing increased pressure is the need to make their product assimilate to a certain aesthetic via the relatively modern standard of "bag appeal."

This has many positive aspects and has raised current trimming standards. We are seeing less sugar trim shag, less leaf petioles, and little to no ducks feet on flowers for sale.

"Bag appeal" can change from region to region, but it largely refers to buds that are dense, trichome covered, tightly trimmed, and relatively uniform in structure, with an absence of smaller "popcorn" buds, or those that are pinky nail sized,
in the package. While "bag appeal" is purely superficial, many times it can drive a sale before the consumer even smells or samples the product. Unfortunately, the way a cannabis flower looks has relatively nothing to do with how it can affect you, how it can taste, how cleanly it will combust, or how well it was grown.

The market has evolved to a point where natural sun-grown cannabis is being sold next to flowers that have essentially been grown in lab-like conditions. This indoor-grown flower has, in just 25 years, changed nature's choice flower to second fiddle status, largely due to appearance.

I have sampled so many dense, frosty buds over the years that have had little to no noticeable effects on me. Some had very little taste and some tasted flat-out awful. Choosing cannabis based solely on bag appeal is akin to grocery shopping while hungry; you are likely to be drawn to what first catches your eye, with some level of impulsivity.

There is no other aspect of the industry where this is more pronounced than with the "sun-grown vs. indoor" debate. At a recent cannabis community sesh, Alight For Health/Alight Farms showed up to vend with several cultivars grown both indoors and in a greenhouse. Over the course of the evening, most consumers would check out the sun-grown greenhouse flowers in our jars, realize that they were not indoor, and promptly step over toward the jars that were grown indoors.
Both flower examples were veganically grown in no-till soil, without anything different about them apart from the fact that one of them was grown in a greenhouse under Maine sun, direct into Maine soil. These flowers are not your Uncle John's leafy, hay-smelling home stone. Our greenhouse flowers are fairly dense, trichome-covered, well trimmed, lab-tested (with surprisingly positive results for cannabinoids and terpenes), and smell amazing. Despite these factors, they were largely passed on in lieu of our indoor-grown flowers.

Consumers and growers alike should realize that with the upcoming recreational laws, modern cannabis as we know it is about to reinvent itself. Indoor-grown flowers may largely become a thing of the past within the next 10 years. This reinvention has already begun, as oils and rosins are becoming the primary choice of a large and growing group of consumers. Many growers are turning their whole crops into oil, and aesthetically pleasing flowers are not even a consideration.
The price of cannabis goods is dropping as the market becomes more saturated and sun-grown cannabis eliminates an incredible amount of electrical operating costs. LED lights are helping to make energy bills lower, but sun-grown production is still far more cost effective and has a vastly lower carbon footprint. There are greater environmental concerns at play with indoor cannabis that should not be overlooked, especially as our beloved plant continues to track toward a larger agricultural scale.

Renowned breeder DJ Short stated, on the cannabis breeding podcast, The Pot Cast, "Something like eighty pounds of coal goes into one pound of indoor flower." Not to mention, the carbon footprint of one joint of indoor grown flower is 5,000 times its dry weight, and three percent of the United States' total power feeds the cannabis industry. These figures are absolutely staggering when you consider that you can grow the same plants outdoors and harvest some really nice flower while virtually eliminating the carbon footprint associated with its production.

While it is my hope that these words will incite more discussion, the real take-home is this: The next time you have the option to try some professionally cultivated cannabis grown directly in Maine soil under Maine sunshine, I hope
you will not overlook it based on aesthetics alone. Some of the best flower you may ever smoke will not look dense like indoor-grown buds often do.
Let's celebrate the herb that is grown in fields that have grown it far longer than the factories that are installed to grow it today. I hope it will not be long before cannabis has once again reached a sustainable agricultural scale under the sun— right here in Maine. 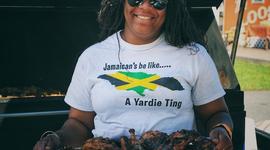 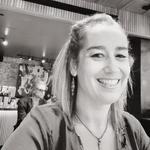