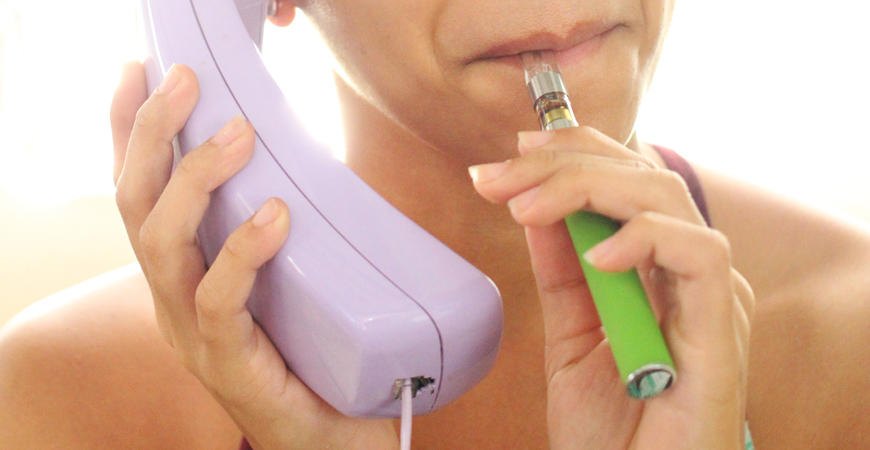 For the past several years, tobacco smokers and cannabis consumers have been utilizing vape pens to avoid the toxic lung tar that is created with the combustion largely associated with tobacco cigarettes. For some cannabis consumers, vape pens are easier on the lungs (cough, cough), while for tobacco consumers, they can consume their nicotine in a healthier delivery mechanism that fits in with their lifestyle better than chewing gum or nicotine patches.

But then, stories began rolling out of a deadly vape illness affecting the lungs that was harming and even killing people — mainly young people — at an alarming rate. Nearly 2,300 patients have been diagnosed with what the Centers for Disease Control and Prevention (CDC) is calling “electronic vaping associated lung injury (EVALI).”

In direct response to the CDC’s warnings and the news stories, Massachusetts lawmakers voted to ban all vape pens, and Maine and Vermont are both considering bans on all vaping products.

The hope was that further testing on e-cigarettes and vapes would allow the Food and Drug Administration (FDA) and the CDC to determine the cause of these illnesses. Now that the CDC has largely identified the source of the issue, it remains to be seen what normalizing response politicians will take for future regulation.

The CDC reported in late August 2019 that there have been at least 215 acute or severe respiratory distress cases across 25 states. As of November, there have been 47 deaths. These lung-related illnesses include various types of pneumonia, blood and tissue oxygenation issues, and hemorrhaging.

Maine currently has five cases of vaping-related illnesses through Cumberland, York, and Aroostook Counties. Of the five cases, four were adults and one was a minor. No deaths have been reported yet.

Myth: A THC compound is partially to blame.

A report published in the New England Journal of Medicine discussed possible findings to the source of the trouble.

When discussing the harmful effects of vaping, the study found that most e-cigarette fluids “contain at least six groups of potentially toxic compounds," including nicotine, carbonyls, volatile organic compounds such as benzene and toluene, particles, trace elements according to flavor, and bacterial endotoxins and fungal glucans.

However, the Journal reported that the effect of adding ingredients such as THC or CBD to the mix needs to be investigated, alleging that the problems stem from the products’ contents before any marijuana compound has been introduced.

Fact: Users who have sustained injury have used vapes to ingest marijuana.

The New England Journal of Medicine reported that about 80% of the persons who vaped and became ill reported having used both nicotine and THC or CBD products. The CDC, however, says that no specific e-cigarette product or substance is linked to all cases.

On the surface, this can seem misleading. But just like getting food poisoning after a trip to Golden Corral buffet, you can’t really pinpoint what made you sick after you put a lot of different stuff in your body.

Question: Are the contents the problem?

The contents of the fluids themselves are, rightfully, under fire, but there is an added dimension that might contribute to the health risks.

To make cannabis a vapable product, it needs to be fused into an oil solution that “often also includes chemicals to alter the flavor or consistency of the mixture.” Users then burn those chemicals and inhale the contents, creating a potentially dangerous combustion.

In early November, the CDC announced a “breakthrough” whereby they noted that vitamin E acetate — long suspected as a culprit — had indeed been present in each case of EVALI. Anne Schuchat, principal deputy director of the CDC, said, “there is direct evidence of vitamin E acetate at the primary site of injury within the lungs.”

Research continues to see if it is the only culprit, but essentially the oil used for beauty products and creams was never meant to be inhaled into one’s lungs.

“Identifying a collection of information that points to vitamin E acetate as a concern for lung pathology doesn’t mean that there are not other components causing lung harm,” Schuchat added.

While the research into the chemical source of EVALI continues, a general consensus has formed that most of the problem vapes are coming from the illicit market. This could explain why three-quarters of the cases reported to the CDC are from people under the age of 35. Many have been underage consumers who would have little choice but to source their product from the underground market. Others may have sourced cheaper products or may have been ill-educated on quality brands. A recent explosion in counterfeit vape pens has added to the confusion as people purchase one vape thinking it’s a quality brand, only to be buying a cheaper brand in practice.

Herein lies where some have argued that regulating vapes for quality, both in terms of the contents and the cartridge delivery system itself, could help make those illicit market and counterfeit vape pens a thing of the past. And, hopefully with it, EVALI.

Where do we go from here?

Steps are being taken by the Maine state government to move forward with a ban on vaping. Spearheaded by Senator Rebecca Millett, a ban on vape products will tentatively be introduced. In an article with the Portland Press Herald, the senator said she believes the ban should be in place until the FDA can determine whether vaping products are safe to use. We reached out to her, but did not hear back before press time.

The issue, however, is that if the ban applies to marijuana vapes, then either national marijuana policy really needs to start changing soon or these smoking devices will just disappear from the regulated markets. No federal decisions can apply to marijuana or THC-based devices, which are still illegal and unregulated on the federal level.

Like the recent explosion of CBD products, the paranoia surrounding how we should handle vapes could get mixed up in the conflicting views of local and national government. The laws fold in on themselves, like having your foot stuck firmly your mouth followed then by shoving your head deep into your own ass.

For now, just stick to bud and edibles. Use the money you would have spent on cartridges to start buying cologne again so grandma won’t be able to smell the weed at the Christmas party this year. If people continue to die, even after the federal government bans flavored tobacco products, vape pens are going to catch every inch of the public eye. 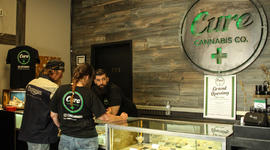