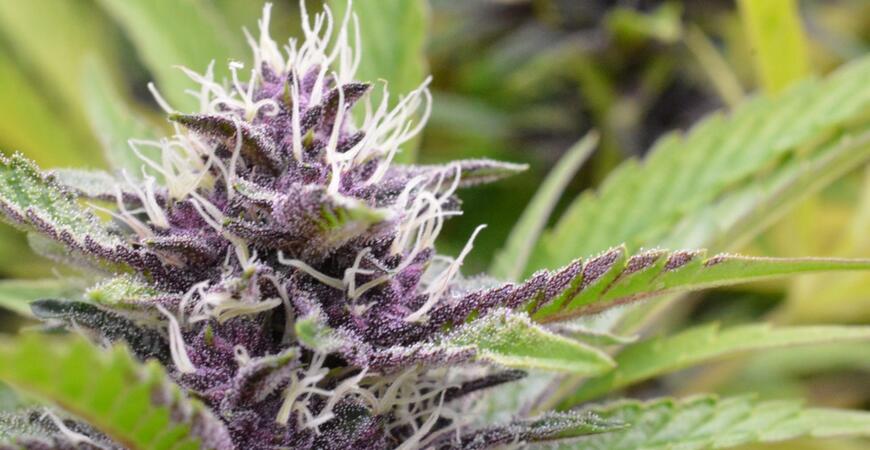 As the cannabis industry continues to grow, out-of-state players are looking to get in on the action. In an attempt to bolster the local economy, Maine marijuana regulations initially included residency requirements for entrepreneurs looking to open cultivation, manufacturing, and retail facilities in the state. Over the last year, Wellness Connection and their parent company, High Street Capital Partners (of Delaware), have taken to the courts to try and change the residency requirements for Maine’s adult-use and medical markets.

The law defines a resident as ‘a natural person’ who: ‘Has filed a resident individual income tax return [...] in each of the 4 years prior to the year in which the person files an application [...] Is domiciled in this state [and] Maintains a permanent place of abode in this state and spends in aggregate more than 183 days of the taxable year in this state.’ 28-B M.R.S. § 102(48).

The initial lawsuit brought by Wellness Connection this past March was never adjudicated. Maine’s Attorney General admitted the regulation would likely not prevail against a constitutional challenge, and Maine’s Office of Marijuana Policy agreed to not enforce the program’s residency requirement.

High Street Capital Partners, LLC is based in Delaware and is an affiliate of Acreage Holdings—a publicly traded, multi-state organization headquartered in New York. Acreage Holdings reported ‘acquir[ing] a controlling interest in the Wellness and Pain Management Connection, LLC in May’ in its 2018 SEC filings. The filings state, “The Company has an investment in WPMC, which provides management and operational services to The Wellness Connection.”

In 2019, Acreage announced plans of a potential acquisition by Canopy Growth Corporation, a Canadian company based in Ontario. Canopy Growth, the world’s largest cannabis company, had agreed to purchase all shares of Acreage Holdings for $3.4 billion when the United States legalizes cannabis at the federal level. The agreement was amended in 2020, lowering the purchase cost and giving Canopy the option of purchasing less than 100% of Acreage’s shares. Alongside the announcement of the modified deal came the resignation of CEO Kevin Murphy, who was replaced by former Pfizer president Peter Caldini.

On December 12, 2020, Wellness Connection and High Street Capital Partners, LLC filed a complaint for Declaratory and Injunctive Relief against the Maine Department of Administrative and Financial Services. It is the most recent in a series of lawsuits filed against the state and the city of Portland. The suit is meant to allow out-of-state owners to access opportunities in Maine’s medical marijuana market.

Fifty-one percent of Wellness Connection of Maine’s medical dispensaries is currently owned by Northeast Patients Group (NPG)—which is owned by three Maine residents—but High Street Capital has said they would purchase all of Wellness’s equity if it weren’t prohibited by the current residency clause. Northeast Patients Group started as an affiliate of Berkeley Patients Group in California, which provided initial funding and consultation in 2009. NPG became Wellness Connection of Maine in 2011 and received four of the state’s eight dispensary licenses.

Maine’s medical cannabis program required all dispensaries to be run as non-profit companies until 2019 when the law was changed. Part of the change included a requirement that a majority of shares in for-profit dispensaries be owned by Maine residents. In their most recent lawsuit, Wellness Connection argues that the residency requirement decreases the company’s value by limiting investments by out-of-state entities.

The latest filing strongly resembles a similar complaint filed by the same plaintiffs against the state of Maine on March 20, 2020 and another filed against the city of Portland on June 15, 2020. Both of those lawsuits were meant to change residency requirements for the newly opened adult-use market.

In each instance, Wellness Connection and High Street have argued that the residency requirement for Maine’s medical and adult-use entrepreneurs violates the dormant Commerce Clause of the U.S. Constitution. The dormant Commerce Clause ‘generally prevents states from discriminating against residents of other states unless [it is] the only way to achieve a legitimate policy goal,’ according tolaw360.com. Furthermore, the plaintiffs argue that the residency requirement is not only harmful to out-of-state players, but that it also harms Maine business owners by limiting their access to investment capital.

Because cannabis is still federally illegal, banks refuse to work with cannabis businesses, meaning that cannabis companies are unable to access small business loans and other traditional means of accessing and obtaining capital. These companies are therefore dependent on private investors.

The judge in the Portland case found in favor of Wellness and High Street. Federal Judge Nancy Torreson concluded that, “the plaintiffs have alleged a concrete injury [because] although they have not been denied a license, their alleged injury is not the denial itself but the disadvantage they face in obtaining a license due to the City’s points matrix [and because] there is every indication that there will be more than twenty applicants.” She goes on to say, “the City offers little to substantiate its claims that the residency factors are necessary to achieve its asserted purposes,” and concludes, “the City is unlikely to succeed in justifying the [discriminatory] residency preferences.”

Further, in her decision, Judge Torreson also points out that, “[t]he state subsequently decided not to enforce [the Marijuana Legalization Act’s] residency requirement, because the Attorney General believed the requirement was ‘subject to significant constitutional challenges and [was] not likely to withstand such challenges.’”

Recently, similar suits have also been filed in Missouri, Oklahoma, and Washington.

Missouri legalized medical marijuana in 2018 and has faced more than 800 lawsuits from rejected applicants. Most recently, Missouri was sued by a cannabis investor from Pennsylvania, Mark Togio.

In December, Mr. Togio filed a lawsuit requesting the Missouri Department of Health and Human Services be blocked from enforcing a one-year residency requirement for medical marijuana licensees. In the filing, counsel for Togio writes, “unless enforcement of the residency Requirement is enjoined, Mr. Togio will be unable to receive a medical marijuana license [and] will thus be deprived of significant and valuable business opportunities due solely to Missouri’s Residency Requirement.”

Like the Wellness Connection suit, Togio argued that the residency requirement violates the dormant Commerce Clause and hurts local businesses by limiting access to investment capital. Togio also owns shares of Organic Remedies MO Inc., which has been awarded multiple licenses in Missouri. He argues that the residency requirement in the law decreases the company’s value because they are unable to sell more shares to out-of-state investors.

Todd Brinkmeyer, an entrepreneur from Idaho, sued the Washington State Liquor and Cannabis Board last summer for the same reason. Washington argued that the residency requirement helps regulate the federally illegal industry, but Brinkmeyer pointed out ‘the Supreme Court’s holding that residency is unnecessary to maintain effective oversight when the licensed business will remain in state.’ Washington’s residency requirement has been in place for eight years, and the industry has generated more than $1.7 billion in tax revenue.

The Oklahoma Medical Marijuana Authority is currently facing a class action lawsuit targeting changes made to the law’s residency requirements.The lawsuit was filed on behalf of three companies: Genesis Canna-Farms LLP, KC’s Cannabis LLC, and Teresa Bilyeu Inc. As written in 2018, the law required that license applicants prove residency without specifying duration of residency. In 2019, the law was amended, including a provision that requires proof of Oklahoma residency for at least two years. As a result, business owners who moved to Oklahoma and got licenses under the 2018 provision will be denied renewals.

So, although Maine residents may be getting frustrated with the onslaught of legal battles regarding residency requirements, it is important to keep in mind that we are not alone. Regulating cannabis use and sales is new to all of us, and there are bound to be some hiccoughs along the way. States looking to open new markets are looking to more seasoned veterans like California and Colorado, but until the federal government gets involved, it’s every man for himself. Patience and fortitude will prevail.