After quite a series of misadventures, MCC landed in Vegas late at night and bleary eyed. While the clock read midnight, it was closer to 3 or 4 AM Eastern Time. The next morning, we made it to the Las Vegas convention center where 40,000 people descended on MJ Biz Con, the largest annual weed convention in the world. We partnered up with WeedBudz Radio for some podcasts along the way.

MJBizDaily President and incoming CEO, Chris Walsh opened the convention with a breakdown of the market emergence progress being made across the country. The biggest kudos went to Illinois who legalized adult use through the legislature, and for Oklahoma which has blown away expectations in its recently emerged medical market. (Illinois later opened up their retail market on the first of January, boasting $3.2 million in sales on the first day alone, and the Governor pardoned 11,000 convictions to celebrate the new Era.)

Maine got a quick blip at the opening remarks, but what was most telling was the comment he made that Maine is long overdue for its adult use market to come online. He’s right; we legalized cannabis in 2016 and it’s now 2019 and license applications are only just now being accepted. Since BizCon, OMP terminated its contract with BioTrack for failure to launch on time, and now have three months for Metrc to get its systems online.

While new market expansions are slowing, that will prove beneficial to the states that are legal. Walsh noted that the slowing was primarily due to investor frustration that investments were not returning as quickly as they had hoped. Much of this is due to regulatory roll-out setbacks that have folks making up front investments in real estate and other business expenses - without being able to open their doors. Despite the brakes, the market itself is still strong.

The vape industry took a remarkable hit due to VapeGate, but Walsh noted that the edibles market picked up those consumers and saw a spike. In short, people didn’t stop consuming cannabis; they just switched to a different delivery source while the crisis resolved itself. The CDC has since come out and largely confirmed that Vitamin E acetate was the source of the mystery lung disease, and there’s strong evidence those vape pens came from the illicit or low-level market.

The one big take-away from the morning’s presentation is that the biggest roadblock to new markets is the regulatory and political process. Walsh pointed out that lawmakers were really ill equipped with the knowledge they need to regulate these markets.

Following the morning presentation, the MCC team stepped into the expo hall which went for days. All the major brands were represented as well as the top brass. From packaging and white labeling supplies to giant extraction machines and hemp processing rigs, the exhibition hall was a show stopper. Specifically, the level of sophisticated technology and scientific advancements added an element of excitement to the experience. The place was filled with “the smartest person in the room” with industry leaders talking about the remarkable advancements.

Equally striking were the number of companies featured who had started up in more traditional markets, but found themselves in this emerging cannabis space for one reason or another. For example, Rad Source Technologies has been providing blood irradiation services for years. But, as Executive Vice President George Terry told us, they discovered that their system also happens to be very good at remediating moldy cannabis. As a direct result, they have spawned an entirely new vertical that improves cannabis safety while providing cultivators and retailers an affordable means to remediate their harvest. This unexpected discovery means that consumers can be assured of higher product quality while purveyors don’t have to throw away their crop.

Gary Cohen spent nearly his entire career in the telecommunications industry, recalling for us “that time in the 80s” when he sold one of the first cell phones. When he was asked to take a leap of faith in the cannabis space a few years back, the Joe Friday-style numbers guru raised quite the eyebrow in astonishment. Nevertheless, he spent the next two years developing a Point of Sale (POS) software system from the ground up, grilling people in the cannabis retail space to find out what was working for them, what wasn’t, and what things they would love to have included. That groundwork paid off in spades.

A bit of a finance nerd, one expects to fall asleep when he begins talking about transparency, regulatory compliance, and retail software, but that’s the moment his eyes light up and things get interesting. Two years ago, he brought his Cova Software team to BizCon with just one client and a ginormous hand-me-down exhibit booth from his telecom friends. Two years later, they have 42% market share in Canada and are quickly eating the lunch of other POS systems in the U.S. And, we would be remiss if we failed to mention that they threw down on the Prohibition Party of the decade, featuring absinthe shots cooled through an ice sculpture, speakeasy drinks, a gaming hall, lamas (you read that correctly) and a particularly risque burlesque dancer who (rather delicately) found her way into a giant martini glass. (Our editor is still blushing.)

There is no question the Green Rush is in full swing, despite regulatory setbacks. Yet, the surprising part about it is the sheer number of small companies from across the country providing ancillary services to the industry. There’s a lot of opportunity in this space, and we are excited to see what happens when our small state wows the country with what we have to offer this March. From what we saw in Vegas, everyone sees a state with just 1.3 million people and no one has factored in the 38 million annual tourists.

Don’t worry. We see you. 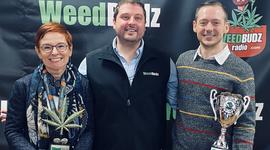 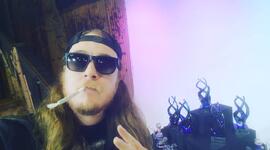 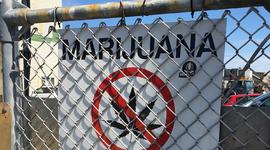