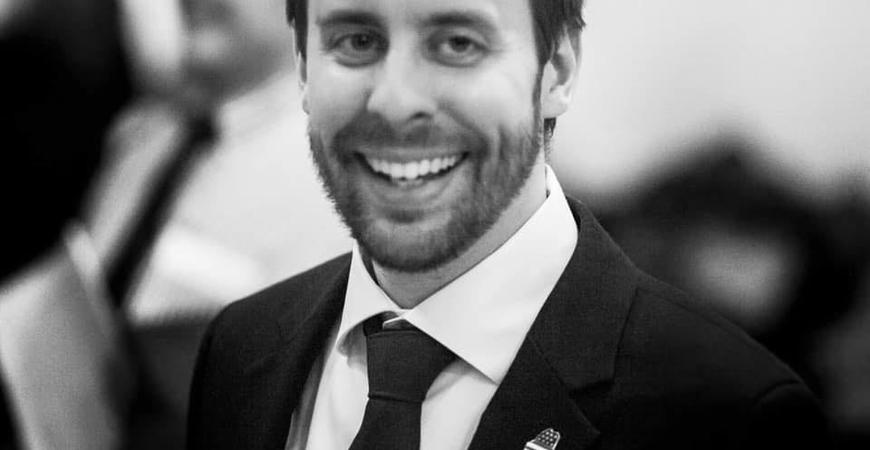 Maine medical cannabis is flourishing. After sweeping, common-sense deregulation of the marketplace, Maine people are opening small business storefronts all across our state, and abundant competition is giving patients unprecedented access to great varieties of high-quality, affordable cannabis products.

For the last four years, I’ve overseen medical cannabis policy as Maine Senate Chairman for the Health and Human Services Committee. This has allowed me to meet many Maine people whose lives have been restored by medical cannabis. Knowing their stories and struggles, increasing access for patients became a passion during my time in office.

Working with mothers of children with severe epilepsy disorders, we eliminated state laws restricting access to smokeless forms of medical cannabis in Maine hospitals. Working with patients in recovery, we became the first state in the nation to authorize medical cannabis therapy as a treatment for opiate addiction.

Despite these positive changes, factional fights within the medical cannabis industry created gridlock anytime we sought to increase patient access by reforming the structure of the industry.

The passage of the first Maine medical cannabis referendum in 1999 created the caregiver program, allowing Maine people to grow for up to five patients. When originally conceived, the caregiver program was not intended as a commercial model, but as a legal system for neighbors to help neighbors.

The need for a more direct commercial system led to the passage of the second Maine medical cannabis referendum in 2009, which directed the state to license a minimum of eight tightly regulated dispensaries across Maine. The state issued the minimum number of licenses, but despite growing market demand over the last decade for a wider commercial market, more licenses have never been issued.

As a result of these artificial restrictions on dispensary licenses, Maine entrepreneurs looking to enter the medical cannabis market were forced to register as caregivers. For many, this simply meant making the most of serving five patients. In some cases, however, by pooling resources with other caregivers and using legal gray areas to push beyond the five-patient cap, some caregiver businesses came to rival dispensaries in both size and scale.

Under this system, patients were required by state law to designate a single caregiver or dispensary provider, severely limiting their ability to shop around for the highest quality and most affordable products that fit their individual needs. This system clearly wasn’t benefitting patients. Competing for the business of these patients under two different regulatory structures, toxic suspicions developed between dispensary and caregiver factions, and every effort to make change was sabotaged by infighting.

Like clockwork, if a legislative measure was proposed to increase access for patients to caregiver businesses, dispensary lobbyists argued it promoted unfair competition on an unequal regulatory playing field. And for every legislative measure that would increase patient access to dispensaries, caregiver lobbyists would argue it was an attempt by dispensaries to monopolize the market. For years, this turf war spoiled all attempts to streamline the laws governing the marketplace, but following the passage of the 2016 adult-use cannabis referendum, there was a renewed desire to try again.

Telling both factions that we wouldn’t be able to move forward on anything unless they sat down and worked out their differences, we found enough common ground to develop a sweeping reform package that would dramatically increase access for patients.

There were many components to this bill, but some of the most important were granting patients the right to shop among multiple providers, authorizing doctors to recommend medical cannabis for any condition, phasing in more dispensary licenses, eliminating the patient cap on caregivers, and authorizing the establishment of caregiver storefronts in compliance with local ordinances. Despite long-standing suspicions, for a moment we found a relatively united front from the medical cannabis community, which enabled us to pass these reforms into law with bipartisan supermajorities.

These free-market reforms have been in place for less than a year, but we’ve quickly entered a Renaissance for Maine medical cannabis as the diversity of the marketplace has exploded. Broad competition has allowed stores to specialize on a scale we haven’t seen before; some are in the race to be known for their gourmet edibles or infused lemonades, others for the highest quality flower or the best tinctures and salves. All parties benefit when the market can develop in a free and competitive environment. And for patients, lower prices, higher quality, and more choice means they benefit the most.

There will always be infighting, but these free-market reforms should be remembered as a moment the medical cannabis community came together, found common ground, and made great steps forward for patients and the industry. The results are all around us.

Many challenges still lie ahead. Federal prohibition looms over us all to this day. Legal businesses are still unable to access banking. Cannabis patients are being denied their fundamental Second Amendment rights. But if we managed to work together to achieve last year’s great victory, I am confident we can work together to overcome the challenges ahead of us.

Eric Brakey is a former two-term Maine State Senator from Androscoggin County who served as Senate Chairman for the Maine Legislature's Health and Human Services Committee. During his last term, Brakey led the legislative reform effort for Maine's medical cannabis program, which expanded access for patients and gave legal businesses more freedom and flexibility to operate. In 2020, Eric Brakey is running for Congress to represent Maine people in the 2nd Congressional District.